Jainism - the religion of harmlessness 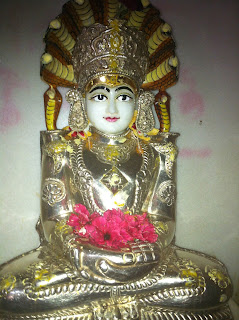 One day we visited one of the Jain temples here in Mumbai. What a peaceful place it was! Maybe not so surprising, as this is the religion of non-violence, harmlessness and renunciation.

Jainism is an ancient Indian religion, and is today considered a "small" religion with "only" 4,3 mill Jains in India ( Note: the """ is because I origin from a country with 5 mill inhabitants..:-) . 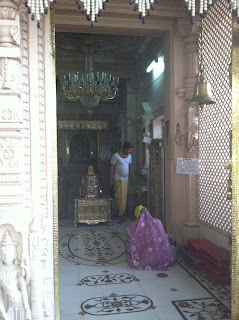 The heart of Jainism is the respect for every living creature in the universe. The Jains believe that all plants and animals (incl humans!) contain living souls, and each soul has the same value. They are vegetarians, and strict Jains do not even eat vegetables on roots like potatoes and onions, because the tiny life forms are injured when the plant is pulled up and because the bulb is seen as a living being. 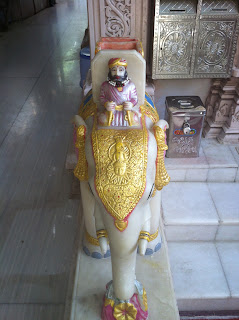 The temple we visited is in South Mumbai,  not far from the amazing Banganga tank - the oasis in the city that I have told you about before. It was a small temple with statues, flowers and the scent of sandalwood, just off the bustling street with the honking cars and stream of people going back and forth. I was moved by the peace and quiet in there, and I could not help being fascinated by learning about this religion and escpecially their non-violence philosophy and how they live by it. You see, their script states:
So, they told us, that some Jains do not go out after dark- to be sure they do not step on some insects, some do not take the bus, car or wear shoes because then there is a bigger danger that they may (accidently) kill another living creature. Oh, dear readers - are you as fascinated as me? With Christmas and - New year -peace- on- earth wishes-  coming up: why not take a look at Jainism -  maybe you'll be as inspired as Mahatma Ghandi was?? 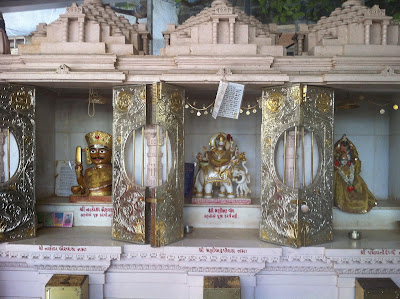