One stubborn lady chasing her dream

On 7 Mars 1858, a little girl was born in the village of Eidsvoll in Norway. She grew up with 3 brothers and a sister, and she was often spotted skiing and even ski jumping, which was outrageous, because that was a boy's thing to do (like so many things in the society back then). She must have loved it though, and didn't park her skis'. In stead she created a big commotion turning up at a ski-race with a friend - them being the only two girls there. Scandalous!

The girl was Cecilie Thoresen and she was to become the first Norwegian female university student. In 1879 she graduated from a girl's school, and wanted to take an exam which would grant her access to university. But at that time, only boys were allowed.. Her father then sent a letter to the Ministry asking that she'd be permitted to take the exam. It was met with a prompt refusal.


Many people would have given up by then, but Cecilie appealed to the Ministry and University. Her requests were turned down. Again. And again. Finally she found an ally in a member of the Parliament, Hagbard Berner. He supported her cause and proposed a private Act of amendment, which passed in 1882, and Cecilie was allowed to study. She passed the exam in 1882 with excellent results, and enrolled at the University as the first woman ever. And in 1884 a law was issued that gave women in general access to university studies.

As for me, I get inspired by people like Cecilie who dares to challenge the "normal". People who fight for what they believe in, because they trust it to lead to something better, for themselves and others. People who choose the narrow path of life, even though they meet obstacles and are being fought every step of the way. People who have the courage to knock on some closed doors and open them for others (and if they will not open, they will kick them in). People who do not take no for an answer.

And I think that if it hadn't been for women like her, I might not have been able to do what I wanted with my life. Too often we take things for granted, but we forget that someone else may have fought for those things - on our behalf. So, I get inspired by her "do not take no for an answer" story, and also because I share her cause: education. I do wish for every child to be able to make their path in life, regardless of their gender and status, to go to school and to freely choose their study. And If I have a bad day, and think that it is hopeless, I can just close my eyes, and picture Cecilie ski-jumping with the boys, or writing letters to the parliament. That is inspiring to me.

So: make your choices, chase your dream and live your life - as you want it to be. Nothing is impossible.

I am participating in a fun festival of words this week:-) This post is written for The Write Tribe Festival Of Words, which goes on from 2-8.March


Today, Day 5, we were asked to write an inspiring story: You can read more about the festival, and enjoy some of the other entries on the website. I am sure there will be a lot of inspirational good-reads today: Day 5, 6. March: An Inspiring Story. 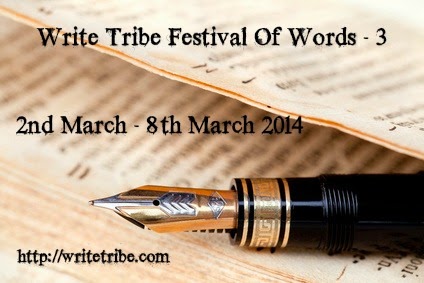